​VIDEO The citadel of Prejmer, Central Romania seen from above

The church of Prejmer is one of the best reserved fortified churches in Central Romania, where a large community of Transylvanian Saxons lived before leaving abroad en masse after the fall of communism. It is also one of the oldest, as it turns 800 years old next year. It also retains the supply rooms of old - 272 of them, as each house in the village had a church inside the church to keep food for harder times. 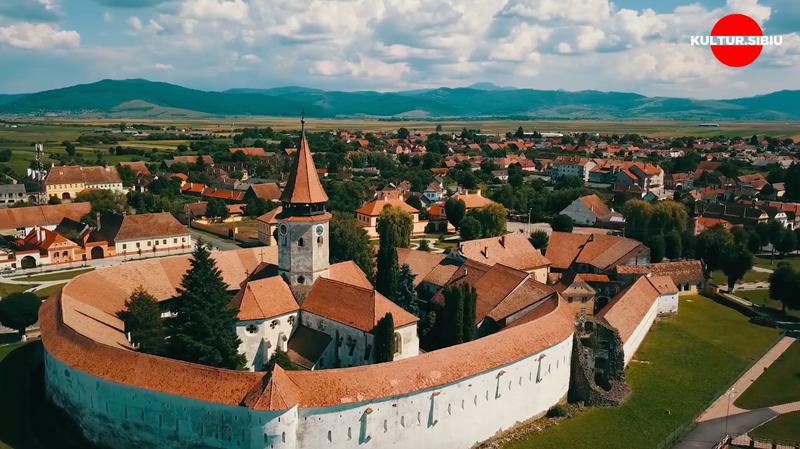 Scenes from the movie "Nostradamus" were filmed here, and the citadel hosts a deadly organ: note the pipe one, but a weapon built inside the defense walls, a log with five riffles on each side, which wreaked havoc among enemies.

"It's a peasant citadel also named a fortified church. Tourists ask where's the citadel and where's the fortified church. People are confusing things. The church was built first, mid-town, and the fortification is a peasant citadel built by other builders much later. The church sits in the middle of the whole place. The Teutons started building it at around 1218", says Cristina Balog, local guide.

The citadel itself, the surrounding wall was built between 1425 and 1505. Today, the complex is a Lutheran Evangelical church, but first it served as a Catholic church, she says.

Cristina is one of the Transylvanian Saxons who remained in Prejmer and has lived her life here, as manager or guide of the church, for the past 20 years.

The church is still functional, it holds services for weddings and christenings. And thousands of tourists visit it yearly. The church and the citadel were restored in the '60s and returned to the administration of the local Saxon community after 1990.