Andrea Rost was born in Germany, in East Berlin. Shortly after turning 18 and finishing school, she decided to to move to Sighisoara, Central Romania. She fell in love with the place and with the summer holidays spent here. When she came to Romania, she did not think she would stay here for life, but now, 37, says proudly that she spent more of her life in Romania than in Germany. Andrea works as a guide, showing tourists the beautiful Saxon villages and churches in Transylvania. How did she come to live in Sighisoara, when so many Romanians dream of living in Germany? 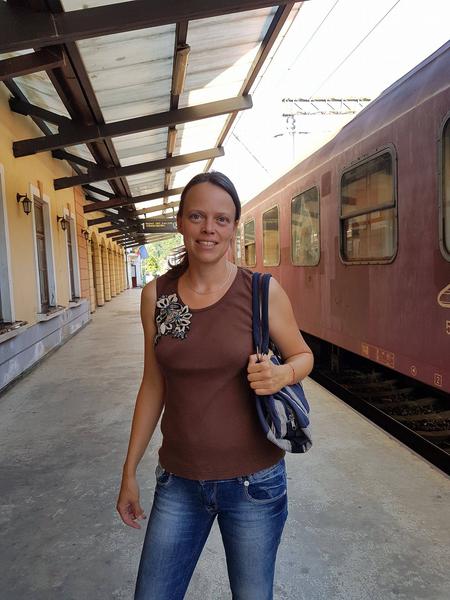 Andrea is a child of Transylvanian Saxons who have left Romania. Despite being born in Germany, theoretically disconnected from the homeland of her parents, coming here only occasionally during holidays, she retained their love for these places.

She says in an interview with HotNews.ro that when she was in high school and her colleagues were going for holidays in the US, France, England or elsewhere, she thought of coming here to spend summer with her relatives in Sighisoara. And she liked it so much that when she finished high school she thought to give it a try here. "When I came, I did not think to spend my whole life here, but I'm still here. I'm 37."

When she first came, she did not speak Romanian, as her parents settled in East Berlin, where scarcely any Romanian could be found, and when she spent summers with grandparents they spoke German.

She says she was born of a Transylvanian Saxon mother born in Sighisoara and a German father. Her parents decided to live in Germany. But as they retired, they also decided to come to Sighisoara, where they all live together.

She hopes that many of the abandoned fortified churches of the Transylvanian Saxons would be savved and return to the Romanian mindset as part of the Romanian heritage. "Many times, people say they belong to the Saxons and do not have the feeling that these churches belong to them", but people are starting to see things differently as Saxons become fewer and fewer.