The fortified church of Biertan is the best known and most visited among the Saxon churches in central Romania, as it welcomes some 50,000 visitors yearly. Tourists are attracted by the age of the monument, as building the church started in the 12th century, while its size and silhouette reminding a castle from bedtime stories inspire people just like the stories of the local community. 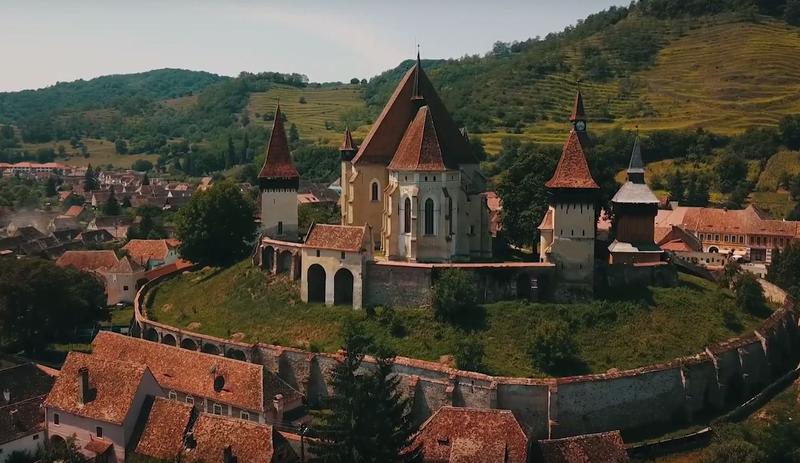 A "chamber of getting back together", where spouses who planned to divorce were locked, existed in Biertan until 1868. The chamber only had one chair, one bed, one plate, one fork and one spoon and the two had only one way of getting out - by getting getting back together. They say the method was so efficient that only one divorce has been reported for 300 years.

The chamber was dismantled when the local bishop left Biertan in 1868, as he was the one to judge who gets there.

Another local story relates to the "rock of shame". It stood at the entrance of the church. If a boy and a girl were caught together and were not married, they had to stay there. If a girl was late at home or had a relationship before marriage, she had to stay there. The whole community used to come and pass by these people, the local priest says.

The church was sieged in 1702. And Biertan held the oldest pharmacy in the territories of today's Romania.