Marlies was born in Brasov, central Romania, but left for Germany with her Trasnsylvanian Saxon family shortly after the 1989 revolution, when she was 6. Most of Transylvanian Saxons left Romania at the time. In 2015, she returned to Romania, in the village of Viscri, where her husband, a Romanian, came from. When she got pregnant, she decided to come and live here, where she built a house. Her 17 months old son, David, is the only Saxon child in Viscri, a village once populated by Transylvanian Saxons. 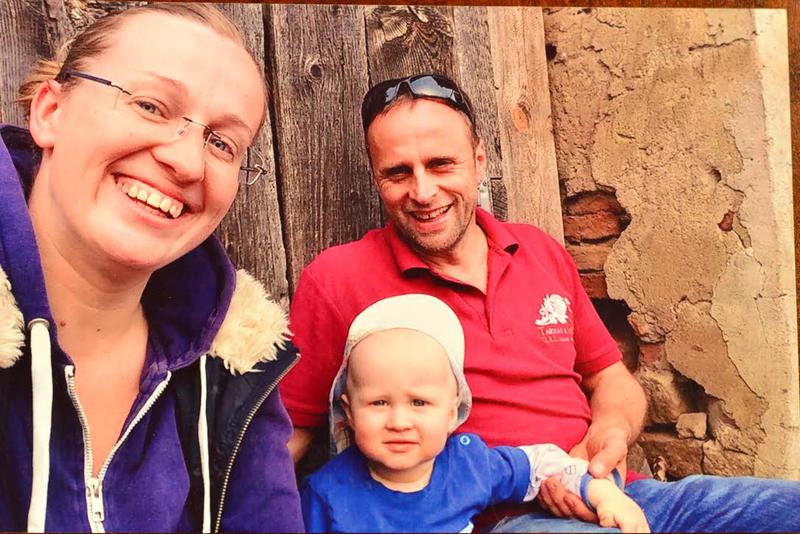 Marlies Markel-Gherghiceanu says in an interview with HotNews.ro that she always wanted to return to Romania, to teach in a German school here. "I love this country. I know it from the holdiays I spent here as a child. It was very beautiful".

She says she made the decision to return when she met her husband, a half-Romanian, half-Saxon man from the village of Viscri who was working in England and planned to return home. She delivered the baby in Germany, and when David was 3 months old, they came to Romania.

She says she would have to see - if all goes well, she would remain in Romania, otherwhise she would return to Germany. Only her mother's cousin and his family live here. And while her mother was upset because she would be away from her grandson, her father was glad as he loves the village: "maybe he will be back too".

HotNews.ro presents a series of articles on the lives and culture of Transylvanian Saxons in Romania.