​​VIDEO Who's buying a fortified church in Transylvania? Tapu in the sunset: extraordinary drone images

The beautiful fortified church in Tapu, Sibiu county, built 500 years ago, is rapidly decaying and unless people intervene in the next few years it risks disappearing altogether. Pieces of fortifications have collapsed, the benches have been destroyed as have the floors, and parts of the pipe organ and the altar have been stolen. 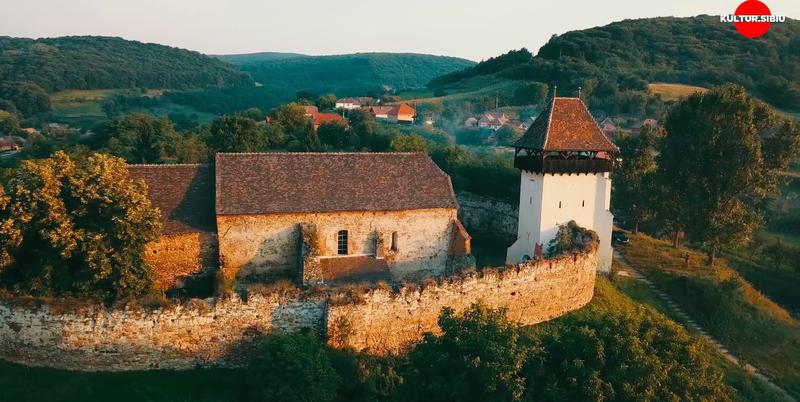 A long time ago, some 380 Transylvanian Saxons used to live here and the church was full on Sundays. Now only three old Saxons are there, church services have stopped and the weeds have taken over.

The remaining three ethnic Saxons have to go to church in neighboring villages. "We can't go there by ourselves anymore, but they come and take us by bus"", says one of them, Hihn Johann. 57 ethnic Saxons lived there in 1997, but most have left for Germany or died, he says.

If one wants to visit the church anyway, he can't, because it is locked and the neighbors do not know who holds the keys.

The consistory of Medias, manager of the church, has done restoration works, fixed the tower and cuts the weeds in summer, but the doors remain closed so that thieves stop stealing from the church. Still, the building is decaying because it is not used constantly.

Ulf Ziegler, a priest at the Medias consistory, says the church in Tapu is part of a list with other 16 churches for which a new owner is sought. The consistory is willing to sell the whole place for the price of the land, meaning several thousands euros, but the buyer would have to restore the church and take care of it. Nobody interested has been found.