The organ player in Viscri

"I am an organ player, it's a family tradition. My grandfather was one, I've been fascinated with the instrument, with church music from early childhood", tells Gerhild Gross, a little, blonde woman who serves as manager of the fortified church in Viscri, central Romania. She is the soft voice who explains the history of the place to tourists. Now 49, she'd left for Germany in 1992, but returned to Viscri in 2005. She sees a whole slice of history in the pipe organ of the fortified church in the village Prince Charles fell in love with. It is the history of the Saxons who had come and who left these lands. 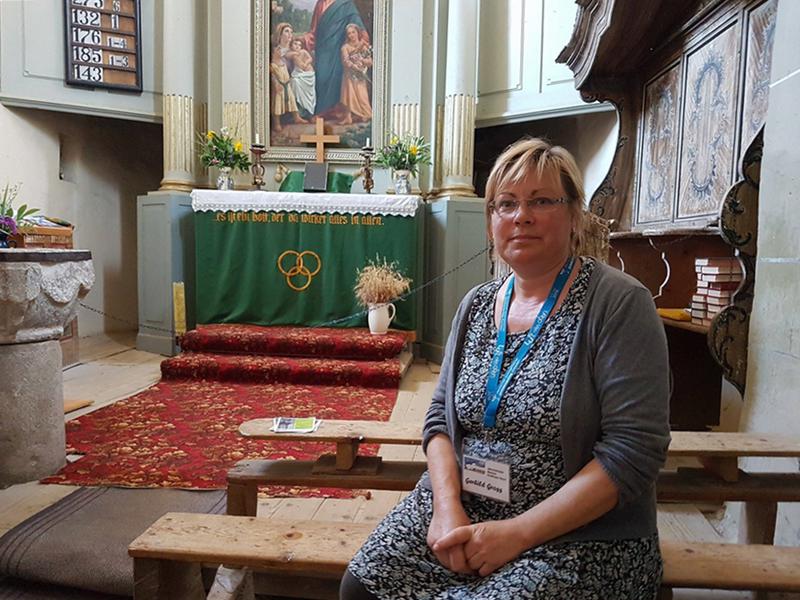 "When I grew a little, I was allowed to go with my uncle upstairs and see how he played it. Bit by bit, I learned to play too, and now it's my turn. I play the organ when we hold services and when someone asks me, I also go to other villages to play there if needed. I have not studied music in school, but I picked it from one or another. (...) The organ was brought down to be restaured. It was very used by the hands that had played it for 200 years, the ivory was used down to wood. I hoped that shades of time never disappear. Eventually, they turned the ivory upside down to retain the shades, and the keybords are fine. For me, these marks are very important so that the traces of our ancestors not disappear", Gerhild Gross says. 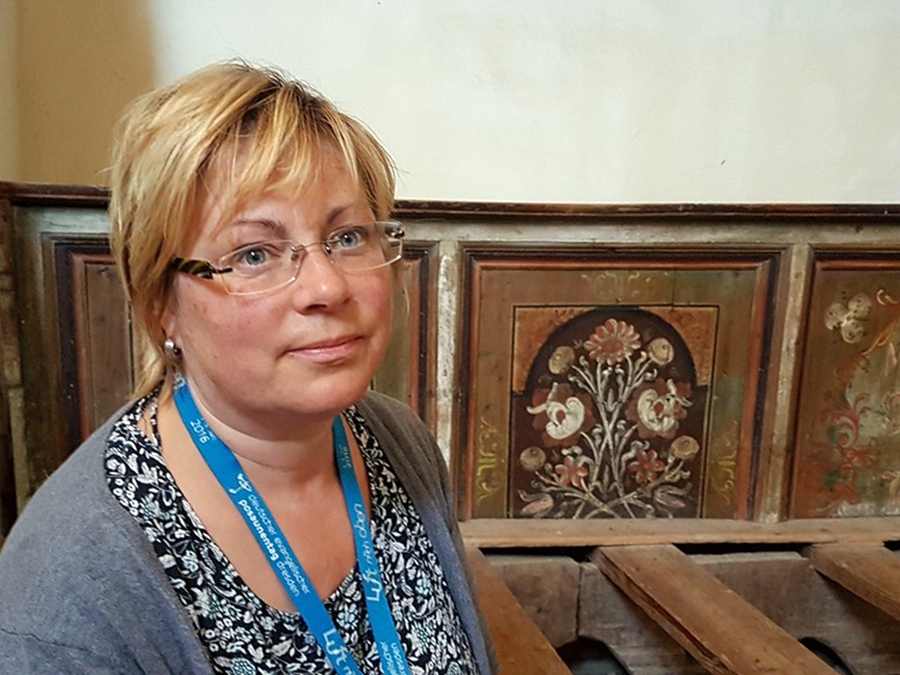 The village of Viscri is about an hour and a half away from Brasov, Central Romania. Seen as one of the most beautiful Saxon villages in Transylvania, home of a fortified church dating 13th century and included in the UNESCO heritage, the village became famous after 2008, in the wake of Prince Charles buying a house in the area and promoting the place.

Most of the ethnic Saxons in the area left Romania in the nineties, after the fall of Communism. Left empty, some of their homes were occupied by Romani families while others were left to decay. The churches began to decay as well. Today, some Saxon villages have no Saxon population at all, others retain 2-3 very old Saxon people. Few of them can take pride with larger communities appearing to rejuvenate.

Such a happy example is Viscri. 15 ethnic Saxons live here, some of them still young, returned home from Germany. The curch is well maintained as it is supported by a tourist fee, while the village hosts accommodations and the community has started to live from tourism. 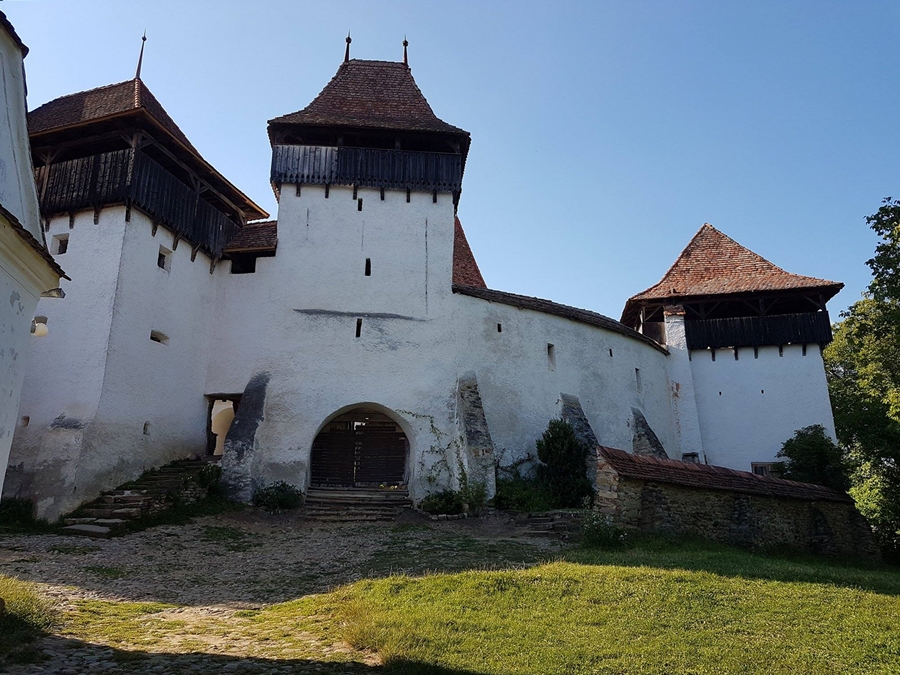 Gerhild Gross now spends seven days a week at the church. She is the manager and the guide of the fortified edifice and tells people about Saxon culture, about her ancestors.

"Many ask me who come I returned. There are personal reasons for which one makes such a step, but many times when I'm at the church I tell tourists: look at these benches, they bear the marks of time. Many times, I tell them that I also returned for this peace of wood, because these are the marks of my ancestors spending time at church service, their working hands leaving their print on that wood."

The church is now visited by about 100 people a day and the village hosts some 10,000 tourists yearly, according to authorities. 15 years ago, things were very different. The place was reborn through work and involvement, a bit of luck and money from abroad.

"My sister, Fernolend Caroline, decided not to leave for Germany and thought that if she stays, she should do something, not stand by and look how everything comes apart. Their luck was they met with the people from the Mihai Eminescu Trust", she says, speaking of an organisation that runs more than 300 projects to support local communities in the area.

Following a series of visits to the Viscri area, Prince ChHarles bought a 150-year old Saxon house here. He paid 15,000 euro for it, according to press reports at the time.

But despite many projects like MET's, resources are still needed. The two roads leading to Viscri remain seriously damaged, while the Viscri church, living of tourism fees, does not manage to gather enough money for its proper restauration. Maintenance work is done according to available resources.

It is yet to be seen what will happen to this place, but signs after signs appear that the little village has a future now.