How Transylvanian Saxons manage to keep their customs and culture

One of the most loved traditional celebrations of Transylvanian Saxons took place in Hunger, West Germany in early July, attended by over 300 people: the celebration of the Crown (Kronenfest). 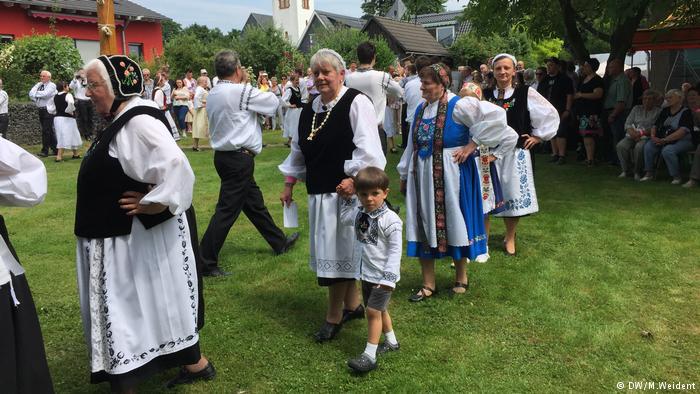 Romanian-style meatrolls, known locally as "mici", were the most saught after dish, with over 110 lbs consumed, along with more than 100 cutlets and lots of sausages. And children were not alone in spotting home baked Saxon cakes. Weather was good.

The fact that Transylvanian Saxons managed to keep their identity throughout over 800 years spent in Transylvania, and more recently, after moving to Germany or other corners of the world, is undoubtly due to keeping old customs, clothing, dances and songs, rustic or religious celebrations alive.

One of these celebrations is that of the Crown (Kronenfest in German), which in early summer brings the young and old together. Kronenfest was first documented in 1764. People make a rich crown of flowers and twigs and place it at the top of a tall trunk.

A bucketful of candies for the kids is tied to it. Once everybody danced around the Crown, the bucket is emptied and the kids rush to pick the candies. The event offers the chance for people to meet, dance and sing, dress in traditional clothes from their home towns in Ardeal, and feast on traditional dishes and drinks.

The whole report is available on the Deutsche Welle website