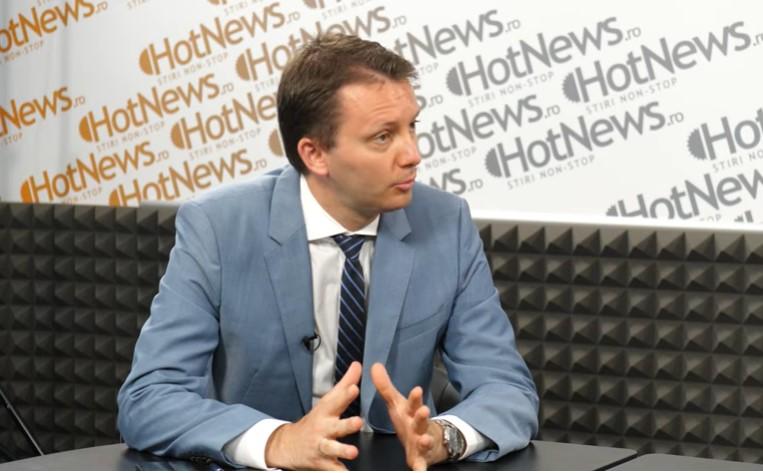 „European Parliament resolution on the new multiannual financial framework, own resources and the recovery plan

A. whereas the COVID-19 pandemic has had tragic and disastrous consequences for people and their loved ones;

B. whereas this crisis has placed severe constraints on the welfare and healthcare systems of Member States;

C. whereas the COVID 19 crisis is affecting vulnerable groups in particular, resulting in increased inequalities, poverty, unemployment and social divergences, as well as undermining social and employment standards in Europe;

D. whereas the EU and its Member States have committed to the implementation of the UN 2030 Agenda, the European Pillar of Social Rights and the Paris Agreement;

E. whereas Member States’ asymmetric economic responses could endanger the EU’s convergence efforts and create distortions to the single market;

F. whereas many businesses have been forced to close or face that risk, and large parts of our economy are at a standstill;

G. whereas the disruption is affecting the EU economy as a whole, and whereas an equal debt issuance capacity and access to funding must be ensured in order to deal with the crisis, including for Member States not in the euro area;

H. whereas, according to the Commission’s Spring 2020 economic forecast, the EU’s GDP is expected to contract by 7.4 %;

I. whereas the European Council has been unable to agree on a common roadmap for recovery after the crisis; whereas, however, it has given the Commission the task of coming up with a recovery package with an adjusted MFF at its core;

J. whereas Parliament already expressed its concerns over the size of the next MFF as proposed by the Commission in May 2018, before the COVID-19 crisis, on the grounds that it would prevent the EU from delivering on its political commitments and responding to the important challenges ahead;

K. whereas SMEs are the backbone of our economy and need less bureaucracy, regulations that are fit for purpose, better networks of entrepreneurs and scientists, and investment in cross-border infrastructure;

L. whereas Article 312 of the TFEU states that Parliament must give its consent to the MFF;

M. whereas the Commission is expected to urgently prepare an MFF contingency plan to protect EU beneficiaries and eliminate any risk of discontinuity, in case an agreement on the next MFF is not reached in time to enter into force on 1 January 2021, as formally requested by Parliament;

N. whereas the MFF contingency plan is fully compatible with the Recovery Plan;

O. whereas the EU commemorated the 70-year anniversary of the Schuman Declaration on 9 May 2020;

1. Stresses that European citizens must be at the heart of the recovery strategy; recalls that their interests are represented by the European Parliament; hence warns the Commission against any attempt to design a European recovery strategy that is outside the community method and resorts to intergovernmental means;

2. Recalls that the MFF is the budgetary tool through which the EU fulfils its ambitions; warns the Commission against any attempt to design this European recovery strategy that would not be built on the MFF and its programmes; demands that Parliament be involved in the shaping, adoption and implementation of the recovery fund, and that it be at the centre of the decision-making process to ensure democratic accountability;

3. Insists that the revamped MFF and Europe’s recovery strategy should be based on the principles of economic and territorial cohesion, social dialogue and transformation towards a resilient, sustainable, socially just and competitive economy;

4. Recalls that one of Parliament’s main missions is to keep the executive in check; warns the Commission against the use of misleading headline figures when presenting its recovery plan; stresses that the Union’s credibility is at stake;

5. Recalls that Parliament must give its consent to the MFF; warns the Commission against presenting a revised MFF where the recovery plan is financed to the detriment of existing and upcoming programmes; warns the Commission against the temptation to build budgetary tools without Parliament’s participation and thus escaping democratic oversight; recalls the possibility offered by Article 324 of the TFEU in that regard; stands ready to reject any proposals that would not meet these standards; recalls that Parliament will not give its consent to the MFF without an agreement on the reform of the EU’s own resources system;

6. Recalls Parliament’s position on the need for an ambitious MFF that meets EU citizens’ expectations and matches the political commitments and ambitions of the EU with the necessary financial means; demands that the Commission’s revised proposal for the 2021-2027 MFF calculate the cost of the new Recovery and Transformation Fund on top of the next MFF; believes that the new MFF proposal should take account of both the need to effectively address the fallout of the crisis and of the additional instruments and initiatives linked to the political agenda of the new Commission;

7. Insists on an assessment before the end of the recovery strategy and for the MFF to be revised accordingly during its mid-term revision;

8. Notes that frontloading of resources can help mitigate the immediate effects of the crisis, especially in cohesion policy, but that it does not provide additional money and cannot be advertised as such; warns that excessive frontloading will result in a weakened budget that will prevent the EU from investing in its common future, leaving it more vulnerable to further crises;

9. Calls on EU leaders and the Commission to take bold decisions regarding the reform of the EU own resources system, including the introduction of a basket of new own resources; reaffirms its position, as set out in the MFF interim report, regarding the list of potential candidates for new own resources: a common consolidated corporate tax base, digital services taxation, a financial transaction tax, income from the emissions trading scheme, a plastics contribution and a carbon border adjustment mechanism; reiterates its position in favour of the abolition of all rebates and corrections, the simplification of the VAT-based own resource, and the use of fines and fees as extra revenue for the EU budget;

10. Warns Member States that if they do not want to accept the creation of new own resources, securing a viable MFF will inevitably entail accepting a further increase in their direct GNI contributions;

11. Calls for an immediate and permanent increase of the Own Resources ceiling in order to meet the needs of the MFF and the Recovery and Transformation Fund and factor in the anticipated GNI drop after the recession induced by the crisis;

12. Is determined to oppose any attempt to jeopardise the adequate funding of the next MFF in order to provide immediate financing for the recovery strategy; demands that the recovery plan must be embedded in an increased MFF that includes new own resources;

13. Insist that the Recovery and Transformation Fund must be financed on top of existing and upcoming EU policies and must not affect our long-term priorities and strategic objectives nor result in a smaller MFF;

14. Calls on the Commission to present a massive recovery package in line with Parliament’s resolution of 17 April 2020; calls for the Recovery and Transformation Fund to be financed through the issuance of long-dated recovery bonds guaranteed by the EU budget, maximising the headroom and subject to a repayment plan; underlines that the Fund will be the principal component of an overall package providing an investment impulse, including by drawing in private investment, of EUR 2 trillion in size and be of a duration commensurate to the expected deep and long-lasting impact of the current crisis;

15. Urges for the Package to be disbursed through loans and, mostly, through grants, direct payments for investment and equity, and for the Fund to be managed directly by the Commission; believes that money should go to programmes within the EU budget, enjoying full parliamentary oversight and participation, and being subject to appropriate auditing and reporting requirements;

16. Highlights, however, that the Fund should not put an additional burden on national treasuries and should be guided by the principles of sound finance; is ready to consider maintaining Member States’ GNI contributions at current nominal levels in exchange for the establishment of new own resources that would not only pay the interest and principal repayments of the issuances but would also finance an ambitious MFF;

17. Recalls the need to preserve the credibility of our Union and warns the Commission against the use of financial wizardry and dubious multipliers to advertise ambitious figures; warns that headline figures of investment to be mobilised do not constitute, and cannot be presented as, the genuine size of a Recovery and Transformation Fund;

18. Recalls the Treaty provisions that the EU Budget revenue and expenditure shall be in balance and that the institutions shall ensure that financial means are made available to allow the Union to fulfil its legal obligations in respect of third parties; calls in that respect for a budgetary treatment of the recovery bonds that is economically sound and that is in line with the normal accounting of every public authority, including Member States; proposes that, instead of putting the entirety of the outstanding amount in the yearly budget, only the payments due in each year must be covered within the headroom under the Own Resources ceiling, while maintaining full transparency over outstanding repayments of interest and principal and notwithstanding the necessity of a repayment plan;

20. Calls for this massive recovery package to transform our economies and strengthen their resilience through the pooling of strategic investments to support SMEs, and to increase job opportunities and skills to mitigate the impact of the crisis on workers, consumers and families; calls therefore for investments to be prioritised into the Green Deal, the digital agenda and achieving European sovereignty in strategic sectors, with a consistent industrial strategy and while shortening and diversifying supply chains and reorienting trade policies; calls for the creation of a new standalone European health programme;

21. Considers it crucial that these efforts have a strong social dimension and be aligned with the objectives of the European Pillar of Social Rights, the United Nations Sustainable Development Goals (UN SDGs) and the objective of gender equality, so as to ensure that the recovery strengthens territorial cohesion and competitiveness, and that it addresses social and economic inequalities and the needs of those hit hardest by the crisis, such as women, minorities and those on the poverty line;

22. Stresses that these funds will be directed to projects and beneficiaries that comply with our Treaty-based fundamental values, the Paris Agreement, the EU’s climate neutrality and biodiversity objectives, and the fight against tax evasion, tax avoidance and money laundering; urges the Commission to ensure that State aid guidelines are compatible with such conditions;

23. Recalls the importance of international solidarity; calls on the Commission and the Member States to lead recovery and transformation efforts resulting from COVID-19 at international level while upholding our values of solidarity, the protection of human rights, democratic principles, the rule of law and multilateralism;

24. Instructs its President to forward this resolution to the Council, the European Council and the Commission.”